There’s a new park still to come near the top end of Hobsonville Point – a wedge-shaped space that’s currently being developed on Sidney Wallingford Way, between Clark and Mapou Roads. 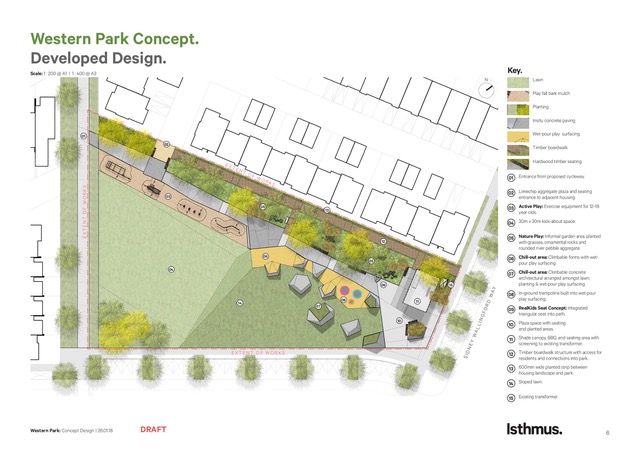 However, there’s a possible change of plan re its amenities – and HPRS has told Auckland Council that we disagree.  Due to the cost of maintenance, the council wants to omit the barbecue that was included in the original proposed plan.

HPRS is urging that it stays, as this new area will contain mostly terraces and apartments and its residents will appreciate having shared outdoor attractions.

Western Park is a sea of dirt right now, but when finished will include climbing features and an exercise zone for older kids – requested in the planning stages by local high school students – plus an in-ground trampoline, shaded seating and a large grassy kick-around area.

Message from your new committee