Home News What an awesome AGM 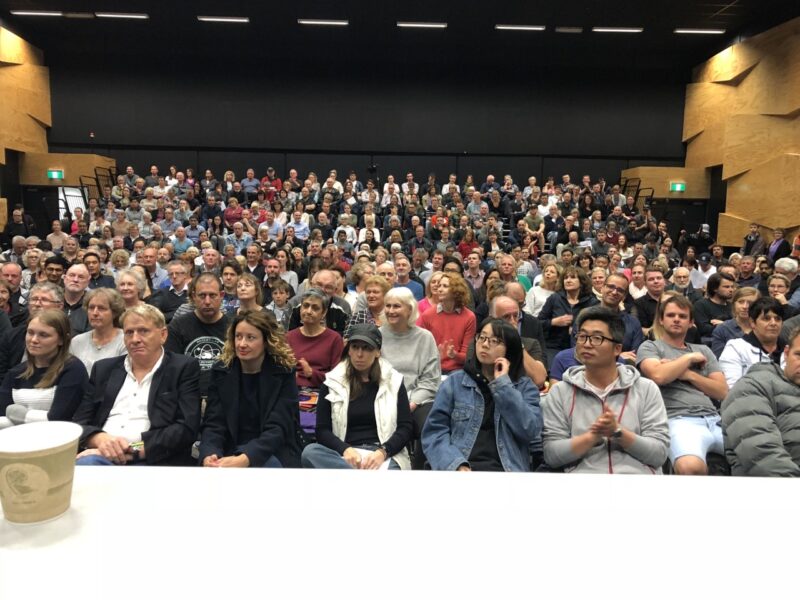 It was a standing-room-only crowd at Tuesday night’s Annual General Meeting of the HPRS. So very good to see the community turn out like this! Many thanks to all who attended or sent in proxies – and all who helped prepare the venue. And thanks also to our local secondary school, HPSS, for allowing the use of its auditorium.

The committee was delighted with the positive response to the motions put forward. Minutes of the meeting are going out from Crockers this week so HPRS members can see in detail how the votes went.

Because there had been much Facebook debate about whether or not we should use funds from our reserves to contribute to the running costs of weekend ferries, we thought there’d be a close result – but when that motion came up the ‘yes’ vote was very close to unanimous.

It remains to be seen whether sufficient funds can be garnered from the various parties involved for the one-year trial to begin.

Latest information is that the target date for the start of the service is late January, with sailings spread throughout the day. When HLC’s Caroline McDowell, Hobsonville Point Precinct Director, indicated there might be a 10.30pm, late-night sailing from the CBD, the room filled with a buzz of excitement. There’s obviously some way to go with the negotiations around this venture. As soon as we know more we will keep you posted.